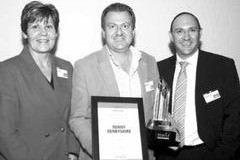 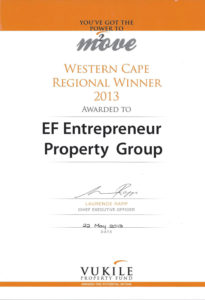 Management hosted a series of broker functions in Johannesburg, Durban and Cape Town where brokers were introduced to its website and the 2013 broker incentive programme called ‘Power to Move’. This programme with regional and national incentives ran from April 2012 to March 2013 and included all broker deals concluded on the Sanlam portfolio and Vukile portfolio between 1 January 2012 and 31 March 2013. To qualify for selection as the regional winner for Gauteng, KwaZulu-Natal or Western Cape, a broker had to achieve at least R100 000 in cumulative commission on the portfolios within a region during the incentive period. The Vukile broker of the year must have achieved at least R250 000 in cumulative commission on the portfolios during the incentive period.

The brokers received their prizes at an awards ceremony hosted for selected brokers by Vukile on 22 May 2013.